Flush-mount hobs (also called flush-fitted, flush-mounted or recessed hobs) have grown in popularity over the last few years. As faster electrical heating options have come in, induction hobs have been overhauling gas in Britain’s kitchens, and the race has been on to make them ever lower profile.  The ultimate in low profile is flush-mounting – where the flange around the hob drops into a shallow recess cut into the worktop, making the upper, glass, heating surface completely level with the worktop around. 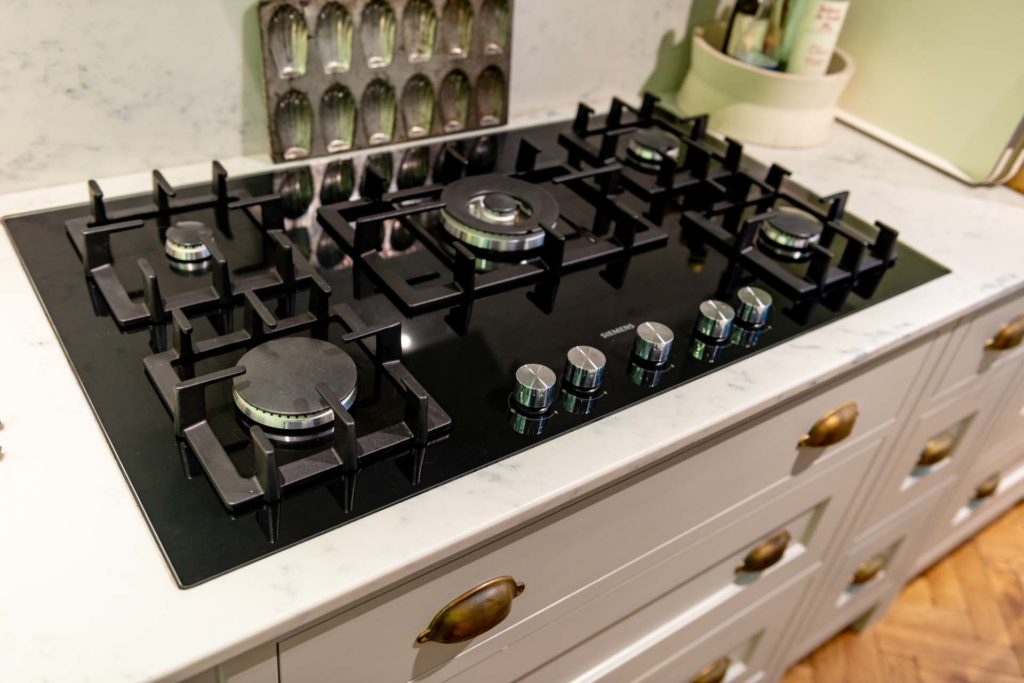 It isn’t only electrical, induction hobs that can be flush mounted. They may have led the way, but these days it is possible to fit glass-plate-mounted gas hobs in this way. Here are images of a gas hob flush mounted in a Westminster kitchen. The stone is Marbre Carrara – see case study. 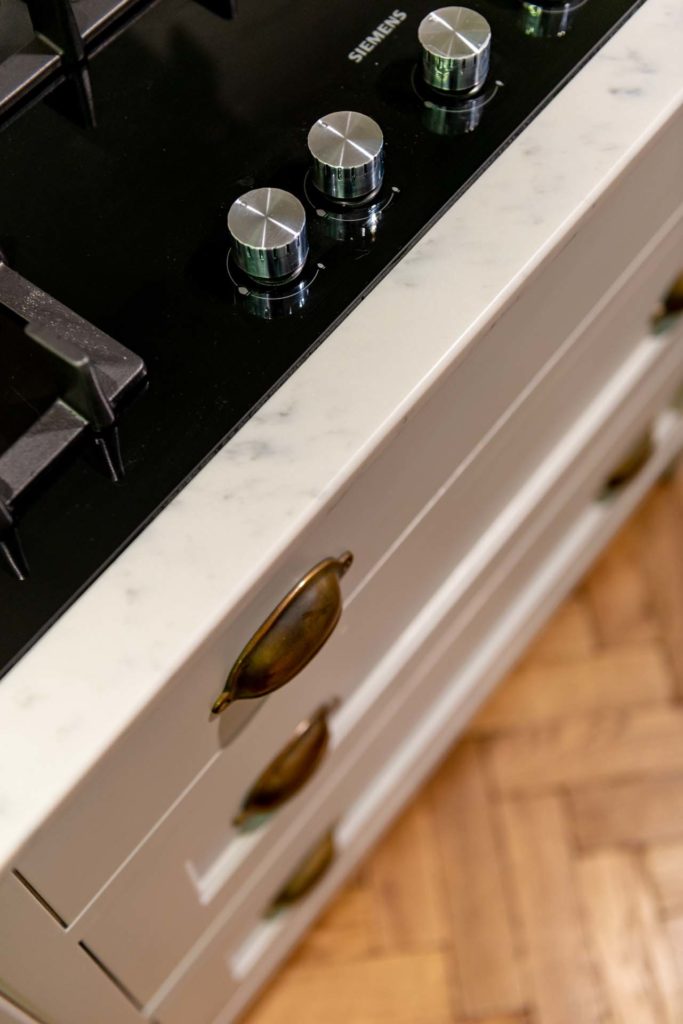 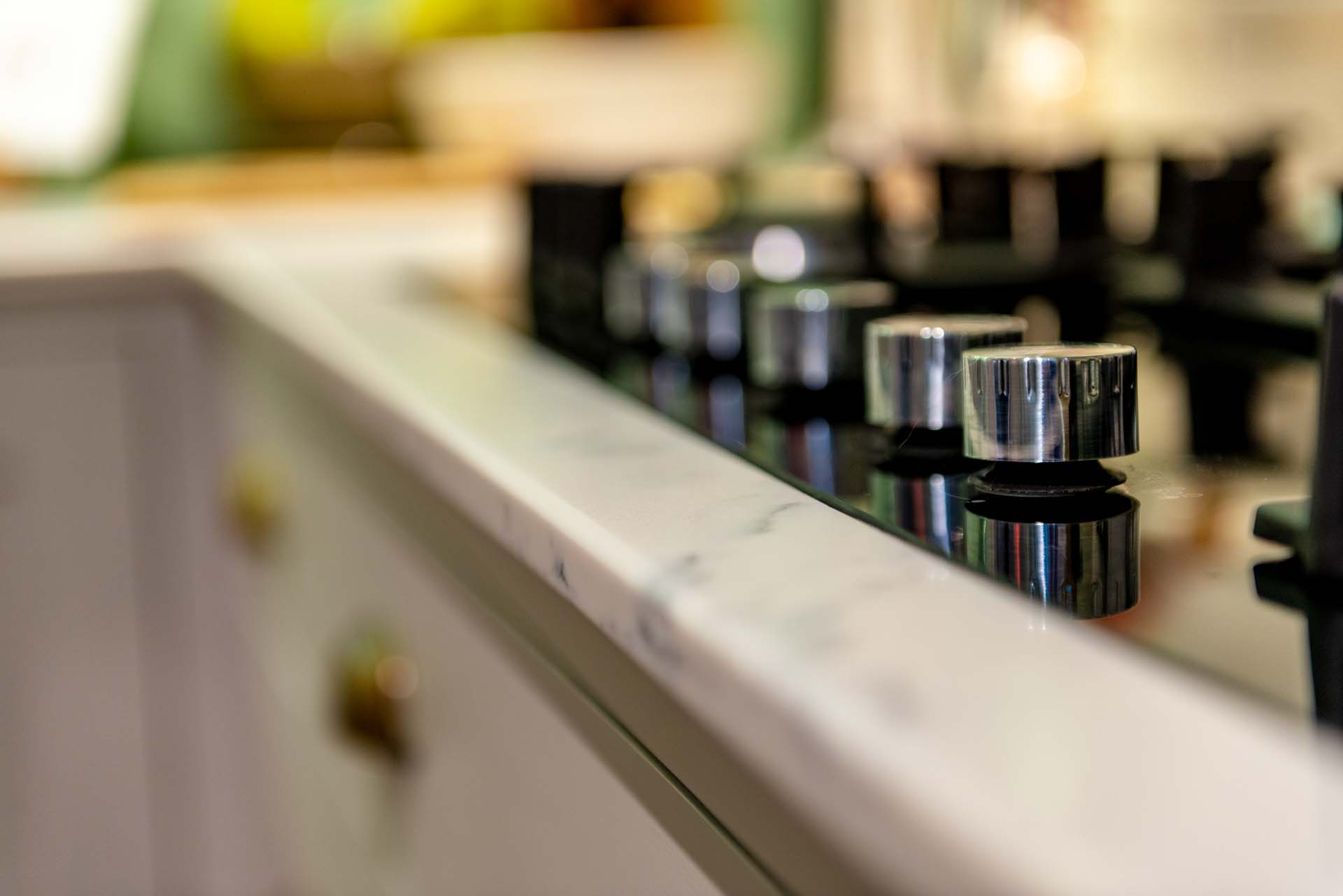 Are there disadvantages to flush mounting of hobs?

We feel that there are.

Side view of a large island in 20mm Dekton Trillium shows just how low-profile today’s induction hobs can be. Note – this is NOT flush-mounted!

If a flush-mount hob is a must-have, we will do it for you, rest assured. But we do not particularly recommend them. There may be other kitchen devices or looks that are actually more effective and practically helpful in your home.